The Church of Saint Spiridon and the Cathedral 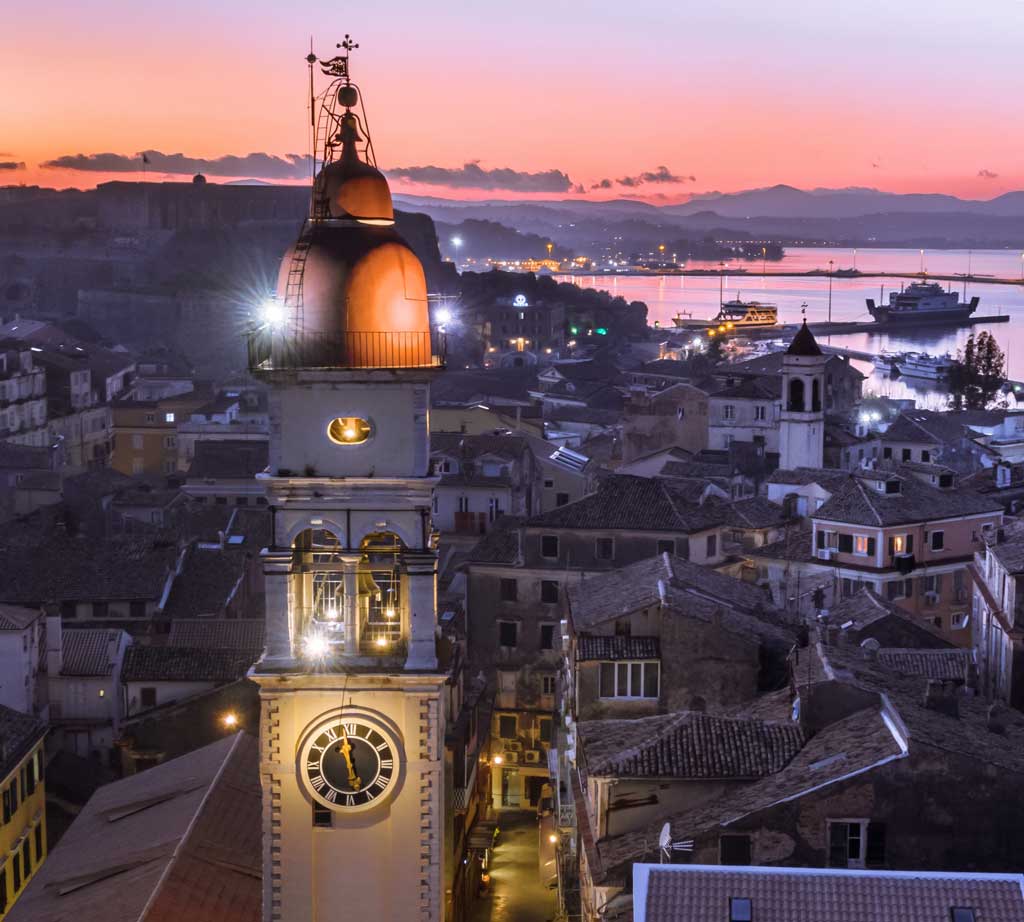 The most famous religious monument of the city, its construction clearly influenced by Italian art, is on the street of Kalochairetou in front of the Heroes square known as ‘plakado toy Agiou”.

In this church lies the remains of the patron saint and protector of Corfu, Agios Spiridon, which was moved to Corfu from Constantinople soon after the Turkish conquest in 1453.Saint Spiridon.According to tradition saved the inhabitants from famine, pestilence, and twice from the incursions of the Turks in 1673 and 1716.

The roof of the church is impressive depicting scenes from the lives of saints and evangelists.The relics of Saint Spiridon are stored in a 19th century silver casket.It is a sacred relic of the church and the reverence shown to it is a mark of the religious faith of Corfu.Among the many Corfu churches, the Cathedral with the relics of Agia Theodora, in the old port, is also very interesting.