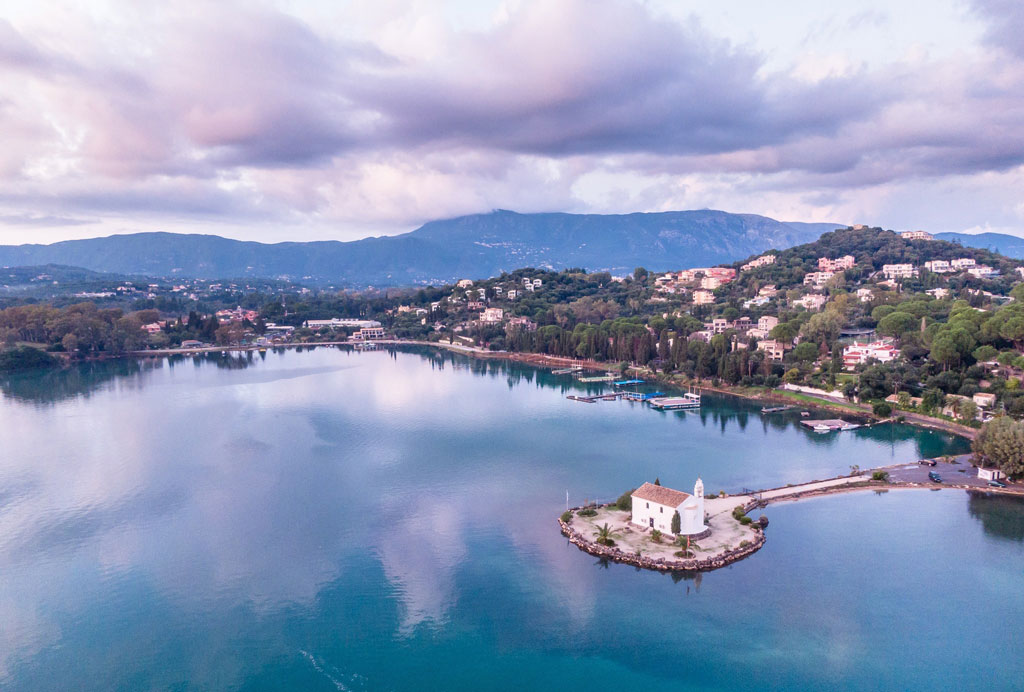 Everybody knows the picturesque Mouse island at the entrance of Gulf of Halikiopoulos – it is the trademark of Corfu.On this tiny islet is the Byzantine Church of Pantokrator surrounded by dense vegetation.It is easy to visit as from the beach below Kanoni several small boats sail there regularly.

The name probably came from the size and especially the shape of the island, as to some it looked like the known rodent, although in our opinion the island does not look at all like a mouse, even with a large dose of imagination is nowhere near the mouse form but rather resembles like a boat, so the following mythological approach suits better.

Homer tells in Odyssey, that this was the boat of Phaecian Corfiots carrying Odysseus (Ulysses) home to Ithaca, the gods became displeased by this and transformed the ship into stone when it entered the port and before the sailors could embark.The boat was then changed into an island, so according to Greek mythology, Mouse Island is a petrified boat.